¿What is SARPE and what is it for?

S.A.R.P.E is an acronym for Surgically Assisted Rapid Palatal Expansion. It is a technique that combines orthognathic surgery with orthodontic treatment to achieve a widening of small palates, correcting problems such as cross bite and dental crowding of the upper arch.

Is SARPE for me?

The palate is formed by two bones that join in the dome of the maxilla. The union between these two bones is called palatine suture or maxillary suture.

Ideally, palatal expansion should be carried out at an early age, before the palatine suture has completely fused, a process that is completed during puberty. In these cases a surgical intervention is not necessary, but only an orthodontic treatment called RPE (Rapid Palatal Expansion).

For patients whose palatal suture has already fused, SARPE (palatal expansion by surgical means) is the recommended treatment. 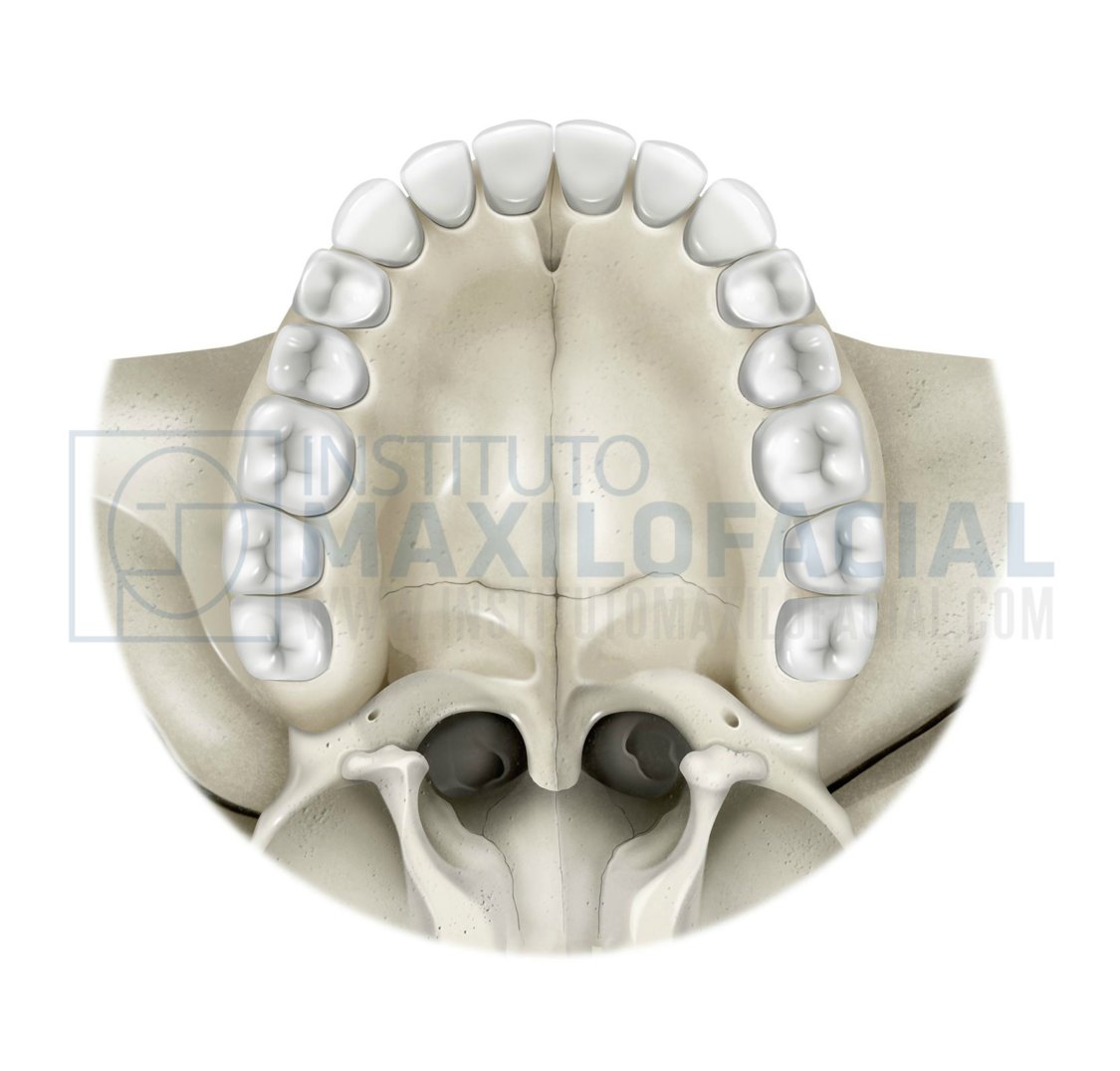 How is SARPE done?

Prof. Hernandez Alfaro and his team developed and published a technique that allows the expansion of the palate under local anesthesia and sedation.

The orthodontist places the expander before surgery. During surgery, the maxillofacial surgeon makes a small incision in the gum and very precise cuts in the bone with an ultrasonic device to facilitate expansion.

After five days of surgery, and following the specialist's instructions, the patient will begin to open the expander little by little, until reaching the necessary dimension to start the orthodontic treatment, then, a stabilization period of approximately three months begins, during which expansion stops but the expander is kept in place, allowing the bones to fuse in their new position.

During this process, interdental spaces will be produced between the central incisors,  this is completely normal and will be corrected later on with the orthodontic treatment.

In some patients, palatal expansion will be followed a few months later of an orthognathic surgery to correct other maxillomandibular problems.

WHY HAVING A SARPE?

In some cases, this procedure avoids the removal of teeth to treat dental crowding, it also solves problems such as lateral crossbite, which can generate discomfort and dental wear, while achieving a harmonization of the facial features of the patient by equalizing the width of the superior arch with the inferior.