What is Mandibular Prognatism and how is it treated?

Prognathism, from the Greek pro, "forward" and gnathos, "jaw", is a dentofacial deformity of varied causes, (although with a large genetic component). This malformation is described by the presence of an anteroposterior discrepancy between the jaw and the upper jaw, that is, both bone structures are misaligned with each other.

In cases of mandibular prognathism, the jaw is developed by excess in relation to the maxilla and the inferior dental arch extends forward beyond the superior, causing a Class III malocclusion, also known as underbite.

Class III skeletal malocclusion with a prognatic jaw is one of the most serious maxillofacial deformities, although it is important to underline that this is considered a disorder only if it affects mastication, speech or social function due to a great aesthetic imbalance.

CAUSES OF PROGNATISM OR CLASS III AND HOW TO DETECT IT

Prognathism is considered a malformation of eminently genetic causes, although its etiology is still multifactorial. Thus, a combination of inheritance and environment can enhance or decrease malocclusion.

Among the environmental factors involved, we can mention oral habits, hypertrophy of tonsils or adenoids, premature loss of temporary teeth, endocrine alterations, etc.

According to these factors, the malformation manifests itself in different ways: 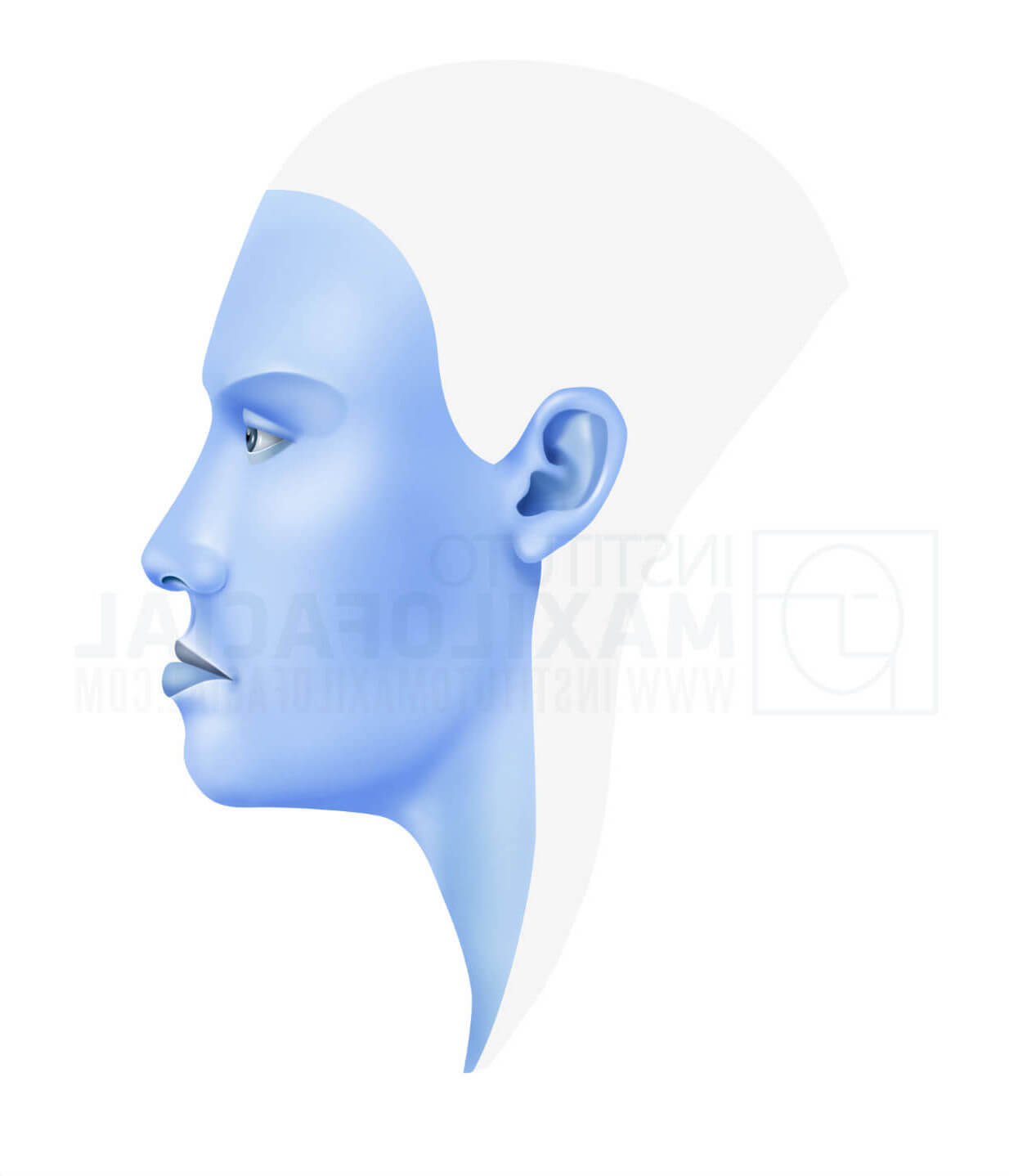 The most accurate way to determine any type of prognathism is by means of a cephalometric analysis, since this includes evaluations of the skeletal base, angles of the occlusal plane, facial height, soft tissue evaluation and anterior dental angulation. Thanks to this, calculations and evaluations can be carried out that allow to objectively determine the dental and skeletal relationships and determine a treatment plan.

In addition to the above, the maxillofacial surgeon should also perform a soft tissue analysis, evaluating the nasolabial angle, the ratio of the soft tissue portion of the chin to the nose and the relationship between the upper and lower lips. 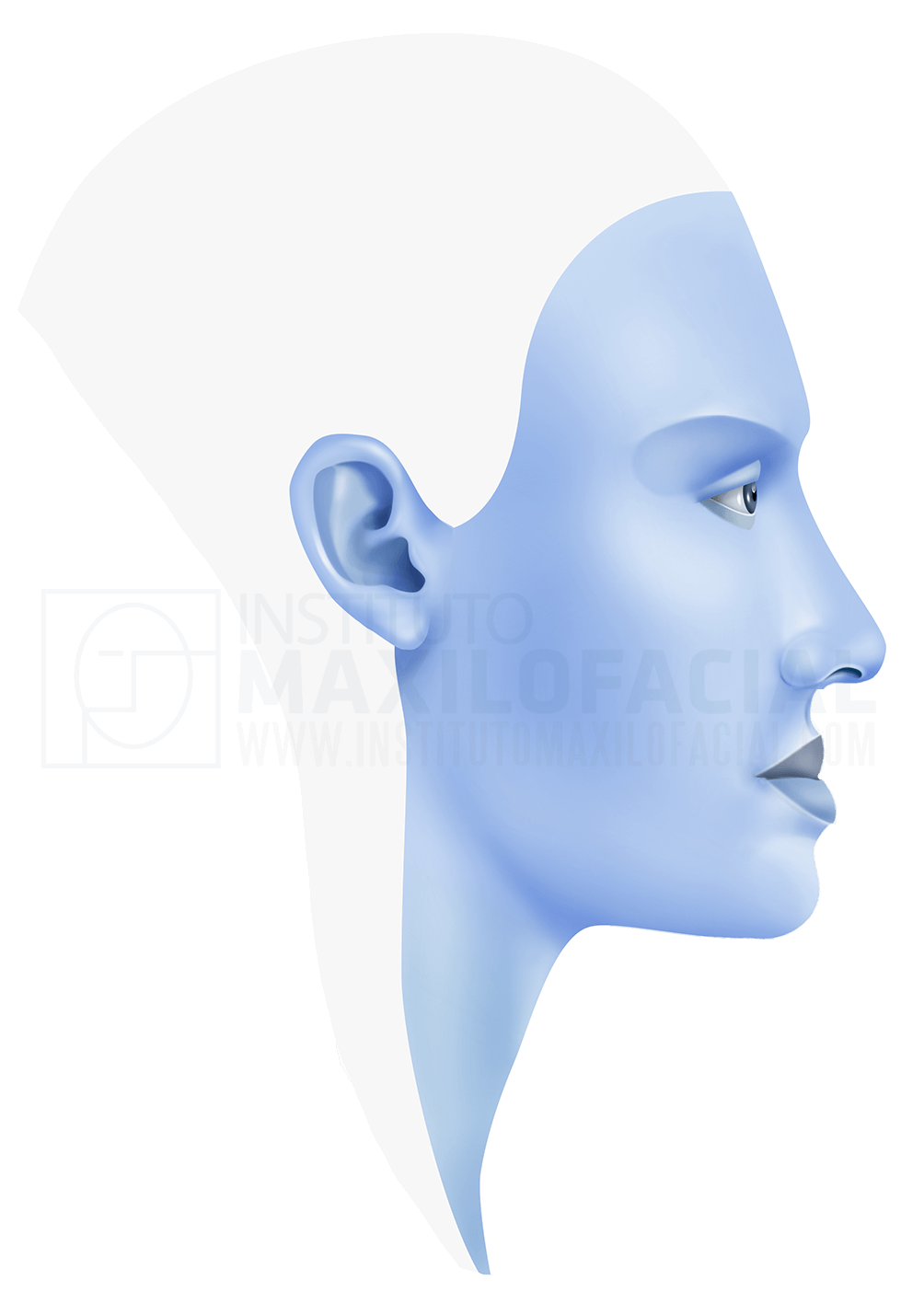 Pseudoprognathism, maxillary hypoplasia, or false prognathism, is a bone malformation in which the upper jaw is underdeveloped. In most cases it is a developmental anomaly, although it can also be caused by external factors, such as poorly planned dental extractions or missing teeth. In patients with cleft palate it is a congenital condition.

In most cases of pseudoprognathism, the maxilla is underdeveloped not only in the anteroposterior plane, but also presents deficiencies in the vertical or transverse plane, giving a sunken appearance to the middle third of the patient's face, and making the lower jaw stand out and seem very large, even if it actually has a normal size.

On the other hand, some patients may present with both malformations: mandibular prognathism and maxillary hypoplasia; In these cases, the lower development of the upper jaw leads to a compensation mechanism in the lower jaw, so both bone structures must be corrected at the same time with bimaxillary orthognathic surgery.

The modification of facial growth by dentofacial orthopedics can be an effective method to resolve skeletal discrepancies of the Class III jaw in growing children. If prognathism is diagnosed in adulthood, and depending on where it occurs, there are different treatment options:

The reason that corrective surgery is performed much more frequently on both jaws instead of just one is aesthetic in most cases. According to the aesthetic reference plane designed and published by Dr. Hernández Alfaro, to achieve a correct balance in the patient's features, both the maxilla and the jaw must be in front of a vertical line that begins at the base of the nose and goes perpendicular to the ground. On the other hand, if a mandibular orthognathic surgery is considered, it is necessary to take into account that there are risk factors associated with a mandibular setback, since this bony movement entails a narrowing of the airways, and can cause sleep disorders and/or sleep apnea.

It is important to mention that in the great majority of surgical cases of mandibular or class III prognathism it is necessary to carry out an orthodontic treatment before and after the intervention. In the first pre-surgical stage, orthodontics is used to prepare the patient for surgery when relocating the jaws in the planned position. The post-surgical orthodontic stage has the objective of maintaining the new relationship of both jaws achieved with surgery, as well as adjusting the occlusal details.

This type of treatment requires the close collaboration of the orthodontist and the maxillofacial surgeon, which must be coordinated from the beginning in the aspects of diagnosis and treatment. Also, the patient must be fully informed by the two specialists before starting treatment.

The common characteristic that defines both a prominent lower jaw, and a retracted upper jaw, is that in both cases the patient has a Class III dental malocclusion, that is, the lower teeth are in front of the upper teeth, a condition that transmits certain hardness and aggressiveness to the facial features of patients with this type of problem.

The solution of the mandibular or class III prognathism solves functional problems, such as discomfort when chewing, pain in the temporomandibular joint (TMJ), and even improves the patient's diction (which in many cases presents with lisp). In addition, after the intervention, a great aesthetic improvement is also achieved: the facial features become softer, finer and more harmonious, eliminating the psychological obstacles of having a facial deformity.

Orthognathic surgery is a complex treatment aimed at simultaneously treating the function and aesthetics in the patient, and should always be performed by a maxillofacial surgeon.

In this sense, the surgeon's experience and technique play a crucial role in obtaining harmonic results on the face, while eliminating the discomfort caused by the mandibular prognathism. At the Maxillofacial Institute we carry out more than 200 orthognathic surgeries a year, which makes us a world reference center in this specialty. In addition, Dr. Hernández Alfaro, Director of the Maxillofacial Institute, has designed and published different techniques that are adopted by surgeons around the world.

Our 3D planning system and the minimally invasive techniques used by our medical team, in combination with the postoperative care provided by our team of nurses, make having surgery at the Maxillofacial Institute a much less traumatic experience, while the probability of surgery success and patient satisfaction is significantly higher than in other centers.