What aesthetic changes can I expect after orthofacial surgery?

What aesthetic changes can I expect after orthofacial surgery?

Orthofacial surgery has a double objective: to achieve a functional improvement of the maxillo-mandibular complex, and at the same time, an aesthetic improvement of the patient's face, but what kind of changes can we expect in our face after this type of surgery?

The answer depends on the type of surgery you have to undergo: either a surgery of the maxilla, of the lower jaw, or a bimaxillary surgery (both maxilla and mandible).

Let's break this down:

As for the maxilla, there are many variations of movements with different results: 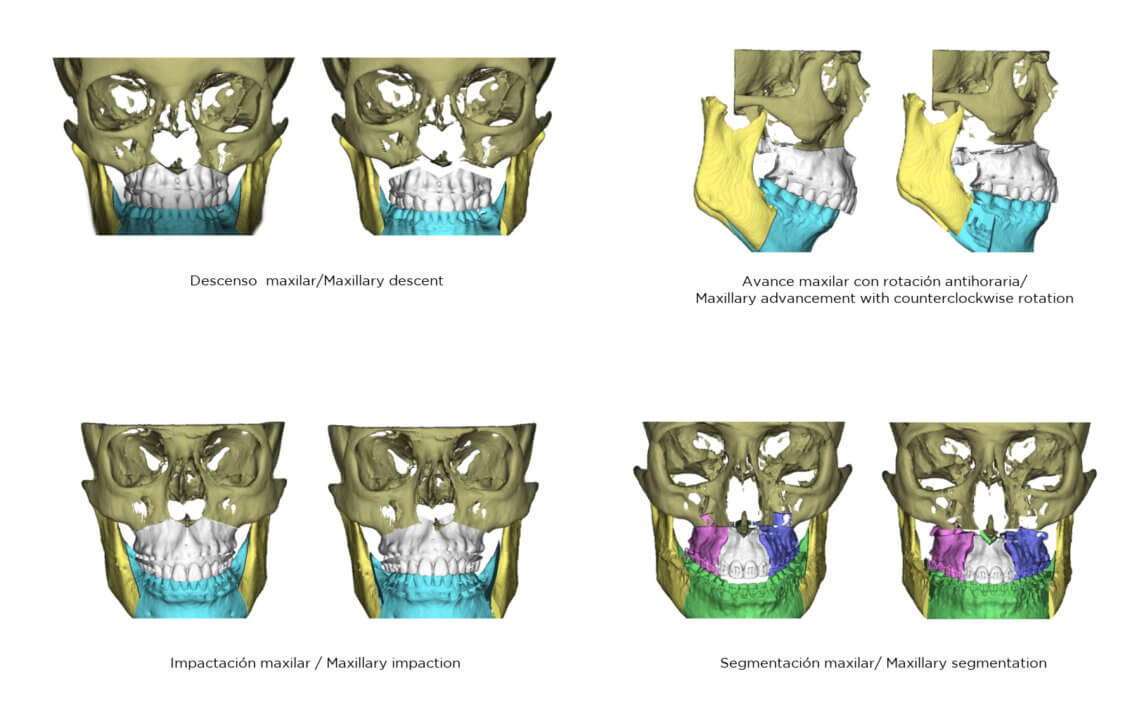 It should also be taken into consideration that in most cases in which the maxilla is mobilized, a projection of the tip of the nose occurs, which can be corrected during the same surgery if it is not beneficial for the aesthetic outcome of the patient.

Finally, maxillary movements also tend to cause a widening of the nostrils, but in our center, thanks to a technique designed and published by Prof. Hernandez Alfaro and his research team, a special suture (nasal strap) is performed that makes that the shape of the nose does not change in any way.

The maxillofacial surgeon specialized in orthofacial surgery will plan keeping in mind the whole of the face, so it is very possible that they will propose ancillary procedures to achieve greater harmony of the face, such as genioplasty, rhinoplasty, lifting or fillings, to be done during the same surgery to achieve optimala esthetic results. Thus, depending on the surgical plan of our specialist, we can combine the different movements listed above to get an approximate idea of ​​the type of change that we can expect in our face, always bearing in mind that the muscles and soft tissues are (and react) differently in each person, so the results can vary enormously from person to person.

Expectations in orthognathic surgery: how to avoid disappointment

I don’t like my face after my orthognathic surgery